Heather Albano was my roommate at the Clarion Science Fiction And Fantasy Writers’ Workshop, so I’m pleased to welcome her to my blog to talk about her new steampunk time-travel novel, Timepiece, her writing life.

Welcome, Heather! I’m glad you could visit my blog. Why did you choose to self-publish Timepiece, and what do you think the advantages and disadvantages are? 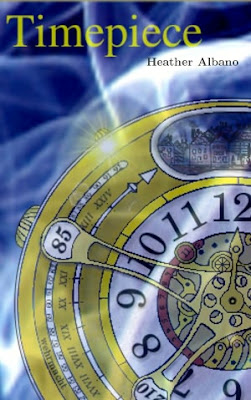 It was a business decision, really, made with the MBA part of my brain. I spent ten years in the business world, most recently in the marketing side of consumer electronics, so I know something about disruptive technologies. In the same way the rise of the smartphone offered a new distribution mechanism for gaming applications (leading to great things for small companies like Choice of Games), the rise of e-readers has offered a new distribution mechanism for writers of traditional forms of fiction.

It’s unclear at this moment whether electronic self-publishing is the shape of the future or whether it is a fad that will fade away in a few years’ time. But either way, the time to try it is right now. If it turns out to be a true disruptive technology, changing the structure of the industry from the foundation up, those who get in on the game early stand to reap the greatest profits. If instead it’s a fad that goes out of fashion in a few years, those who try it while it is still fashionable stand to reap the greatest profits.

So, the advantages? There are two. In the short term, electronic self-publishing let me move quickly, releasing a product likely to be popular (a steampunk novel) via a distribution mechanism people were excited and curious about, before the popularity of the genre or the distribution mechanism waned. As far as the long term goes—like blogging and podcasting, electronic self-publishing provides an additional platform that people early in their creative careers can use to differentiate themselves. Although only a few people hit the jackpot doing this, others quietly make respectable amounts of money in what we might call the “small business” model, and still others employ a “loss leader” strategy. In a loss leader strategy, the podcast, blog, downloadable app, or self-published e-book doesn’t make its author rich, but its download rates and/or follower numbers give the author additional street cred when she shops her subsequent project to the representatives of the traditional industry.

The disadvantages? You’re doing everything yourself, rather than deriving any benefit from industry editorial and marketing expertise, and the disadvantage to that is obvious. For this reason, there’s a good chance electronic self-publishing will prove to work best as a complement to, rather than replacement of, the traditional model.

Did your background in game design help or hurt you when you started your first novel? 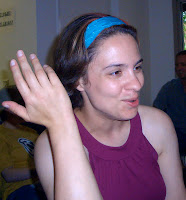 It’s funny to hear the question phrased that way—I tend to describe myself as a writer first and a game designer second, and I’ve answered gaming-focused interview questions explaining how my traditional-fiction background affects my game design ability. ☺

The answer is the same however the question is worded, though: I think both are helped by having the perspective of the other. Who was it that said plots are composed of the decisions made by characters? When I write interactive fiction, I am thinking about the choices my protagonist (piloted by a player) should be able to make. When I write non-interactive fiction, I am thinking about the choice my protagonist (piloted by me) is making at the moment.

What drew you to steampunk? Did any one or two particular steampunk stories or books make you a fan?

I was initially drawn not to steampunk as such, but to what I think is more properly called “gaslight”—stories set in the Victorian era without a speculative fiction element. I started reading Sherlock Holmes when I was twelve or so, and that led me to sample popular fiction from the Regency to the First World War and to take relevant history and literature classes whenever they presented themselves. My junior year at Wesleyan, I took an absolutely mind-blowing seminar on the Victorian gothic novel, and then I wrote my senior thesis on female monsters in Victorian fiction.

Which is to say, I was always going to write gaslight. It wasn’t always going to have giant robots in it—my interest in speculative fiction came later—but the Victorian era has been “my thing” since I was a teenager.

What was your favorite part of writing Timepiece?

Finding the places where I could legitimately anchor it to recorded history or previously established myth. In Mary Shelley’s novel, for instance, Viktor Frankenstein does indeed set up a laboratory on British soil in about 1790. I pretty much jumped up and down when I realized how neatly he would fit into my timeline.

I’m omnivorous. Historical fiction, secondary-world fantasy, well-crafted mysteries… almost anything. I gravitate toward Dorothy Sayers or Jane Austen for comfort reading, and I think Lois McMasters Bujold is shortly to also become a comfort read default—I’ve just gotten into her Vorkosigan series and love it.

Oh, immensely. Sharing works-in-progress with the Clarion 09ers and now with the Cambridge Science Fiction Workshop has been incredibly valuable. For one thing, these groups are comprised of voracious and thoughtful readers, so getting their reaction to my WIPs gives me an idea of whether I am getting anywhere close to the response I am aiming for. For another, these groups are comprised of talented and skilled writers, who often have better ideas than I do for how to fix problems in my stuff. And for a third, there is something psychologically helpful in seeing the lousy first drafts written by people whose published work blows me away. It serves as a reminder that the creative process takes time and is messy, for everyone. No one nails it on the first try.

I am interested in the adaptation and retelling of previously established stories—what I was calling cultural mythology earlier. I like to identify the hallmarks of a genre and then do something different with the typical elements. I find myself often writing about minor characters from old stories or old styles of storytelling, or deliberately twisting a well-known type of character arc. Female vampires using Regency social constraints to trap male prey, secondary-world high fantasy with a male protagonist in a nurturing role, that sort of thing.

When I come up with one, I’ll be sure to let you know. (I find “disabling the wifi” a useful tool for getting things done, but I’m not sure that by itself is enough to qualify as a “regimen.”)

Finish it. Just finish it. Edit it later; write it now; you can’t edit words that aren’t there.

I’m getting good results from taking Timepiece postcards to science fiction conventions. I also see a boost in downloads after game-design speaking engagements. Using the games to interest people in the book and vice versa has worked pretty well, since there’s a good deal of market overlap.

Timekeeper, which continues the time-traveling adventures of Elizabeth and William (and the stories of Maxwell and Trevelyan and Katarina), will be available for download in summer 2012. “Choice of Zombies,” my latest Choice of Games game, will release before that, sometime in the next couple of months.

Thank you, Heather, and best wishes with you new projects!

You can learn more about Heather Albano, Timepiece, and Heather’s other projects by visiting her Website at http://www.heatheralbano.com. Her book is available online at Amazon.com, Barnes & Noble, and Smashwords.

Posted by Shauna Roberts at 7:22 PM

Great interview, Shauna --
I already had Timepiece on my TBR list after you recommended it last month. Now I'm really excited to read it :)