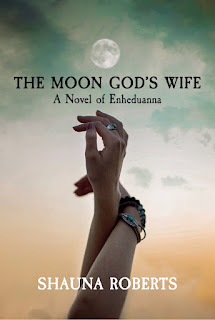 The Moon God's Wife: A Novel of Enheduanna

Inspired by the true story of Enheduanna...

Ancient Mesopotamia, 2300 B.C.E. Can Esh achieve her destiny despite being a political pawn in the world’s first empire?Spirited, clever Esh is devoted to her family’s patron goddess, Inanna, and is determined to be Her priestess one day. But girls, even a princess like Esh, have little say in their futures. Her father, Sargon the Great, uses her for political gain. Despite her wishes, she becomes the Enheduanna, the human wife of the moon god and the most powerful woman in the Akkadian empire. Now, Sargon gives Esh a mission: use her religious authority to unite the fractious cities of the empire. Over decades, aided by her lifelong friend, Ninsha, and torn between duty and destiny, she struggles to stay faithful to Inanna against a background of rebellions, assassinations, and treachery.
Purchase here: Amazon.com Kindle ebook  Amazon.com paperback  Barnes and Noble paperback 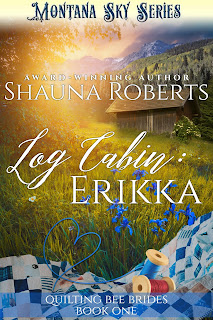 Impulsive, exuberant Erikka can only tolerate living on her family’s farm by going to her quilt group and constantly reminding herself that when her father can spare her, she’s moving to a city.

When Haywood decides to learn how to farm by helping Erikka’s father, Erikka sees that her chance to leave has arrived. Unfortunately, she’s fascinated by the sophisticated Haywood, who is so different from the rough cowhands and grimy miners she’s used to. Haywood in turn is charmed by down-to-earth Erikka, who speaks her mind, is surprisingly well-read, and best yet, is healthy, unlike his late wife.

A delayed letter containing a surprise holds the key to force each to decide what they really want from life.