In addition to Mary Robinette Kowal's talk on "How to Give an Effective Reading," which I mentioned in an earlier WFC 2010 post and which she expands on at her Website here, I attended six panels. Here are some of the points made and opinions voiced.

Before proceeding, I invite you to get a snack and something to drink and find a comfy place to sit, because this is a long post (but easy to skim, if you prefer). 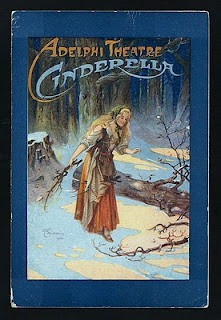 The panelists were uncertain whether they were supposed to be discussing different kinds of book series or comparing novels with single books that collect related stories. Most of the panel consisted of definitions and examples given by each panelist. 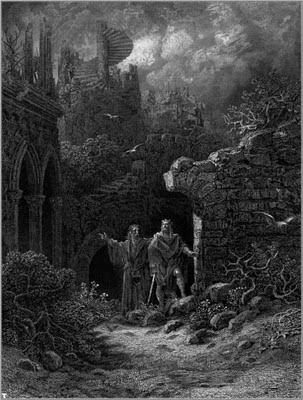 This was the panel I was most interested in and took the most notes on.

Is epic fantasy viable?
Drake pointed out that 72,000 hardcopies of the new Brandon Sanderson–Robert Jordan "Wheel of Time series have been sold. He said this proved that epic fantasy was viable and everyone could adjourn to the bar.

But what about new writers?

For another, more amusing take on this panel, see Heather Albano's blogpost of 11 November. 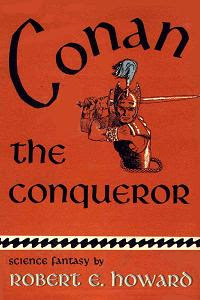 The panel first differentiated between Tolkienesque "high" fantasy and S+S, saying that S+S:

They then examined the appeal of S+S, which they said derived from its:

S+S has evolved over the years. Today, you can find in S+S:

They listed Beneath Ceaseless Skies and Black Gate as the magazines friendliest to S+S stories.

If you're interested in the definition of S+S, I recommend this long post at SF Signal for a range of definitions from writers and editors.

Hang on, Faithful Reader, only one more panel to go!

This panel dealt with ethical questions such as, Is it moral to read books by immoral people? Does it matter whether the book is good or bad? Fiction or nonfiction? What if the text has no trace of the immorality of the author (that is, it has a lot of moral distance)? They started by defining the concept of moral distance, which means how closely the moral views of the character mirror those of the author.

Different panelists had somewhat different views, but the general consensus was that there's no reason to criticize adults for reading whatever they want to read:

Flint and Kress brought up the issue of suppression. There has been social pressure, for instance, not to allow Harry Potter books in schools. Both of them believe that no one should draw the line of what is moral and immoral to read for others. However, the panelists conceded that this stance gets murky when the reader is a child, and the discussion explicitly focused on adult readers after that.

Lastly, the panelists discussed how much of the creator goes into the creation. They concluded that an author's body of work gives you some idea of his or her character; a single piece can't. Sometimes, as in the case of H.P. Lovecraft, the author's moral failing (xenophobia in Lovecraft's case) is what the reader enjoys about the author's work. They also emphasized that readers need to take into account their chronological distance from the author; one has to look at the work through the lens of the morals of the time.

Kress concluded by saying that there are two types of readers:

Posted by Shauna Roberts at 5:10 PM

In the end, there was no clear definition. It felt like we spent the whole time trying to define fairy tale that we never got around to deciding if it was, in fact, fantasy.

I loved the discussion on epic fantasy, though I didn't agree with much of what was said. Yes, the rules change and the genres must change with them, but once you strip all the EPICNESS our of epic fantasy to fit within a certain word limit, is it still epic fantasy??

My December blog post for Apex is on this very subject, inspired by this WFC panel.

Thank you for this wonderful round up! Now I know what I missed in those panels I could not attend because I was socializing!

TERRI, what date will your post at Apex run?

I agree strongly with you that epic fantasy should be epic. The crowd of characters and the convoluted plots are part of what I love about it.

And (ha ha) I only got to six panels because I spent a lot of time socializing too.

This was an interesting read!

I'd definitely have been interested in the epic fantasy and sword and sorcery panels. Most of my fantasy falls into that general category. I'm kind of glad to hear about the movement away from the HUGE tomes fantasy. I like a faster moving and shorter book myself.

Sounds like some really interesting discussions. I bet it was fun. :)

Wow. Amazing post. Lots of useful info here, I only wish more people loved fantasy as much as I do, so that it would be a more viable genre for writers to make a living writing.

Thanks, KIMBER and MATTHEW, for stopping by. I'm glad you enjoyed the post.

CHARLES, personally, I'm sad about the move away from huge fantasy epics. I love a book with many plot lines and many characters. But I've also enjoyed some of shorter recent epic fantasy books, particularly not needing weeks to read 1000 pages of tiny print.

LANA, it truly was fun. The first time I went to WFC, I knew only a handful of people. It was so much more enjoyable this year to know people and not feel completely surrounded by strangers.