Interview with YA writer Jason McCammon


More than fifty years after publication of the “Lord of the Rings” trilogy, most fantasies are still set in a Tolkienesque landscape. Jason McCammon breaks the mold in his first novel, a young-adult novel called The Ancient Lands: Warrior Quest: Search for the Ifa Scepter (Brown-Eyed Dreams), which is set in a land patterned after regions of Africa. He intends more books in “The Ancient Lands” series.


Welcome, Jason, and congratulations on your book Warrior Quest: Search for the Ifa Scepter!  What draws you to writing for children? 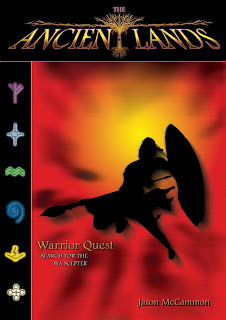 I wanted the reading experience to be fun. Besides, the book was adapted from a screenplay of an animated “G”-rated movie. With children, there is still a magic element of imagination that I think many adults lack. I certainly didn’t want to create a great story that I think is very imaginative and leave the children out of being able to experience it.

What was your favorite part of writing Warrior Quest: Search for the Ifa Scepter?

I often think of a story in several pieces. So when those pieces come together, it’s really a good feeling. It’s almost like giving it life.

I wouldn’t say that I am influenced by any particular writers, but by anyone who sets their mind to do something and does it. I’m a big fan of the human race’s endeavors and accomplishments. Just look around you at the things sitting around in your living room; you’re looking at people’s ability to create. You’re looking at something that started inside someone’s head.

Personally, although I still read fantasies with European-like cultures and landscapes, that setting feels a little tired and I now actively look for books outside that mode. Why did you choose to use a nontraditional setting?

I suddenly became aware that I too had never read any fantasy stories or seen any fantasy movies with African tones, themes, or people. I just had to ask myself, why not. I then decided to make one of my own to fill the void. Besides, what’s the point of being traditional when it comes to fiction?

What research did you do on African cultures, geology, and animal life for your book? Was it easy or hard to find the information you needed?

I did a lot of poking around into African mythologies. I also looked into various African cultures. But I didn’t want to be too specific about each one. You’ll find elements of Yoruba, Massai, and Ashanti, as well as others.

Also, I used these things as a platform for the story, not as a driving force. I wanted the story to be mine, my creation, but I also wanted the opportunity to introduce African elements into America’s reading. So it is meant to be more of an introduction than a history lesson. I am an expert on nothing but my own imagination.

What is the significance of scepters in Yoruba culture?

The priests used the scepters as a medium for divination. They used them to communicate with the gods. They could also be called a “tapper.”

What is your writing regimen? Would you recommend it to other writers?

What I would recommend to other writers is to write. It sounds easy and straightforward, but there are so many people out there who have been writing a book for years upon years but actually haven’t been writing a thing.

Also, write from your heart, from deep within it. Edit several times and be purely objective.

You’ve chosen to self-publish your novels. What do you see as the benefits and downsides of your choice? 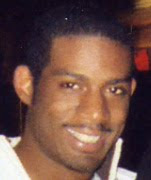 It is so nice to be able to have control of your book and its future, to not have someone telling you to change this and that and pressuring you about schedules. At the same time it would be nice to have more money for marketing. Let’s also remember that big publishers know what they are doing when it comes to marketing. They have been there many times before and know where to be and when. I’ve spend so much time trying to learn about the “book business” that sometimes I feel as if my eyes are going to burst!

What other books do you have planned for “The Ancient Lands” series?

Well, the second novel is currently being written. It will be ready by next year. The first illustrated novel, entitled The Adventures of Farra and Bomani, is right around the corner and will be completed before this year is out. I had samples at the Harlem Book fair on Long Island in September.

Jason, thank you for visiting my blog today.

Enjoyable interview. I'll have to check out Jason's website.