Description: the good, the bad, and the boring

As I was writing my October 2008 post on evoking a sense of wonder in speculative fiction, I realized that one thread tied all my suggestions together: description that homed in on the alien, the strange, the exotic, and the extraordinary.

There’s no purpose, unless one is being paid by the word, to describe Platonic ideals, the ordinary, everyday things and activities the average reader can swiftly and accurately imagine without any description. For example, one should never describe a paperclip unless one is in the POV of someone who has never seen one before or the paperclip is remarkable for some reason, such as its gold plating, its decoration, or its conversion into sculpture. 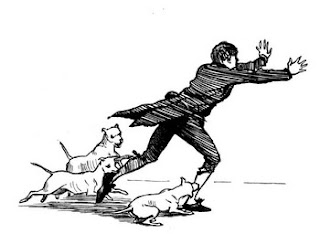 This holds true in fiction and nonfiction alike. Reporters today still quote 19th century New York Sun editor John B. Bogart's definition of news: "When a dog bites a man, that is not news, because it happens so often. But if a man bites a dog, that is news."

I’ve been reading books by this year’s Clarion Workshop instructors to familiarize myself with their work, and I just started Robert Crais’ The Monkey’s Raincoat. This book isn’t speculative fiction; it’s a hard-boiled detective novel set in Los Angeles. Even so, Crais uses description to, as I said above, home in on the alien, the strange, the exotic, and the extraordinary as he builds characterization and setting.

Note in these examples how Crais focuses on what you wouldn’t expect, and how the description is effective enough to overcome the weakness of the sentence construction. 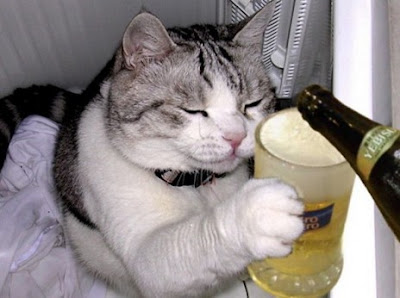 ais describes a cat and his dinner (page 20):
“...the cat walked in. He’s black and he walks with his head sort of cocked to the side because someone once shot him with a .22. I poured a little of the Wheat beer in a saucer and put out some cat food. He drank the beer first then ate the cat food then looked at me for more beer. He was purring.”

Here Elvis Cole, the hero, finds the office of a man he’s looking for (page 15):
“The door was open. There was a little secretary’s cubicle, but no secretary. A spine-rolled copy of Black Belt magazine was on the secretary’s desk, open to an article about hand-to-hand combat in low-visibility situations. Some secretary.”

And one last example, in which Elvis sits outside on his deck eating dinner (page 20):
“The rich black of the canyon was dotted with jack-o’-lantern lit houses, orange and white and yellow and red in the night. Where the canyon flattened out into Hollywood and the basin beyond, the lights concentrated into thousands of blue-white diamonds spilled over the earth.”

Posted by Shauna Roberts at 1:43 PM

I like to call this the "telling detail." The black belt magazine is a perfect example. Good stuff.

Excellent point. It's one of those things that, when I read it I thought, "Well, yes, of course." But I wouldn't necessarily have been able to verbalize it before, and looking back at my own work I don't always follow it. Good post. :)

You never cease to amaze me, the struggling writer, with observations such as these. Great post!

Those are really cool examples. Not being a writer, I don't really think of those kinds of things. LOVE the picture of the cat & beer!

CHARLES, yes, "the telling detail" is such a great phrase. I should have put that in. Thanks for adding it in the comments.

ANGIE, glad you stopped by. I think the trick lies in the next step, deciding what is important and what isn't. I want to hear about a house's décor and a woman's jewelry, because they tell me a lot about the homeowner and the woman. But other people might not care about those and prefer to hear about the make and model of the gun or the car.

Good to see you, SHAUNA. Glad I posted something useful for you.

LANA, I would guess you think of these things in your art. After all, unless you have a small subject and a large canvas, you have to leave out some details and choose others to emphasize, right? As for the cat with the beer, when I was searching the 'net for illustrations, I was surprised how many photos I found of cats with beer.

Great advice. I will try to remember this during the revision process.

Catching up on these posts is such a treat! Great advice!

I'm a big fan of Robert Crais. I discovered the Elvis Cole series several years ago, quickly devoured all the books he'd published to date, and since have waited eagerly for each new installment. I have particularly enjoyed the character development of Elvis and his friend Joe through the course of the series. The tone of the series has become more intense and darker, yet retains some of the antic humor you'll see in the first book (The Monkey's Raincoat). If Crais will be an instructor at Clarion, I envy you even more than I did before!...Oh, and good post; you make some excellent points on the uses and misuses of description.

RAE ANN, I hope the concept of the telling detail helps your revision.

STEVE MALLEY, glad to see you back at my blog, and I hope next week to start catching up on my own visits to blogs.

SPHINX INK, I'm not a fan of hard-boiled L.A. detectives, but Elvis Cole sucked me in, so I'm looking forward to Crais's week at Clarion.

[url=http://community.bsu.edu/members/buy+online+Viagra.aspx]how to buy Viagra on line[/url]