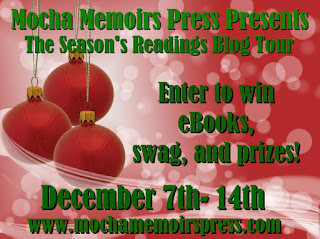 I'm taking part in another blog hop. This one starts today and lasts one week. It promotes Mocha Memoirs Press' new holiday releases as well as some of its backlist.

There's a list of participating blogs below as well as a Rafflecopter whose prizes include ebooks, gift cards, and swag.

But first, my own blog-hop post on the most important holiday in ancient Mesopotamia . . . one that celebrated barley and continues to be celebrated by millions of people to this day.


The Akītu festival of Mesopotamia

Behold a founder of civilization: Barley!

Barley, a wild grass, was harvested in the Fertile Crescent to make beer perhaps 11,000 years ago. People then discovered how to make bread. Over time, people began planting barley in fields to have a more reliable source. Once they had control over the growth of barley, they selected for several traits that made the barley plant produce more barley. Eventually, most people of the Fertile Crescent settled down in villages near their barley fields.

In Mesopotamia, barley beer and barley bread were daily staples. The earliest written records that mention the barley (akītu) festival date to the mid-2000s B.C.E. The festival celebrated the sowing of summer crops and the harvest of winter crops. However, only a small percentage of the documents created before then survive and have been translated. The akītu festival could have been millennia old by then.

The barley festival outshone all the other festivals and marked the New Year. The festival was celebrated around the spring equinox and was called akītu (in Sumerian and Akkadian) or reš šattim (in late Akkadian dialects).

Some Sumerian cities, such as Ur and Uruk, celebrated akītu at both the spring equinox and the fall equinox. Over time, the festival evolved, taking on additional meanings and adding new rituals.

By the time of the Babylonians and the Assyrians, the spring and fall akītus, respectively, had become a complex and lavish 12-day extravaganza. Among many, many other events, the akītu now included feasts; dances; singing (both solemn hymns and bawdy songs); performances that included recitation of a creation epic and re-enactments of myths; religious rites; sacrifices; the humbling and penitence of the naked king followed by his crowning or re-crowning; and a procession in which the statue of the main god [Tammuz (or later Marduk) for the Babylonians and Ashur for the Assyrians] left his temple to face danger each year and conquer it, returning in a triumphant parade. Meanwhile, statues of lesser gods processed in new clothes to the temple of the main god to honor him.

The Persian king Cyrus the Great conquered Babylonia in 539 B.C.E. This conquest was not the end of the akītu festival, but rather the beginning of its expansion around the world.

The Persians either adopted akītu from the Babylonians or enhanced their own existing spring festival with elements of akītu, such as the ritual "sacred marriage" between the king and a goddess (represented by either a priestess or a statue of the goddess).

This Persian New Year festival later also integrated aspects of Zoroastrianism. It still exists under a couple dozen names (including Newruz, NuRoz, Noruz, and Nowruz) and is celebrated in many countries as well as by the Parsi of India, some ethnic groups in China, and members of the Bahá'í faith. The god(s) honored by the festival, of course, have changed over the centuries, and in some places it is now a secular festival.
Cyrus the Great also liberated the Jews who were being held captive in Babylonia. Some Jews took aspects of Mesopotamian culture back to Israel, including akītu, which gradually evolved into the New Year festival Rosh Hashanah.

Other Jews moved to northern Iraq and Syria, taking akītu with them. It became the Kurdish Jewish festival of Seharane, which survived intact until the 1950s.

In the first to third centuries C.E., several peoples of northern Mesopotamia and nearby areas converted to Christianity. Since then, these groups have been subject to persecution and even many massacres. Over the centuries, many fled to other countries and now spread around the world. Massacres continue to occur in the 21st century. The most recent one took place in 2014 in northern Iraq, when terrorists belonging to Daesh attacked towns of Christianized Mesopotamians. 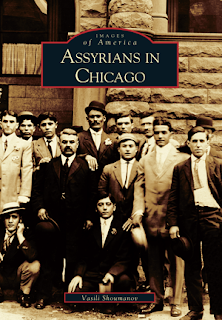 As many as 400,000 "Assyrians," as the supposed descendants of the Mesopotamians who converted to Christianity are often called, live in the United States today, with 5,000 in Chicago alone.

Other names, such as Chaldeans, Syriacs, and Arameans, reflect differences in believed ancestral place of origin, the variant of Christianity they belong to, the language or dialect they speak, and other factors. The names and origins of the "Assyrians" are controversial, even among the groups themselves. If you have friends who trace their ancestry back to Mesopotamia, don't automatically assume they consider themselves Assyrians; they may, for example, be proud Chaldeans.

Despite the cultural differences that accrued over hundreds of years of Assyrian diaspora, despite the need for the Assyrians to sometimes hide their identity, the akītu survived. Many Assyrians today celebrate the spring akītu on April 1. It has developed several other names including Resha d-Sheta (which is pronounced much like its ancient Akkadian name, reš šattim), Kha b' Nisan, and Ha b' Nison.

Wild barley still grows across a wide swath of northern Africa, southern Europe, and Asia. Genetic studies show that, like the akītu festival that celebrates it, cultivated barley has changed but remains recognizably like its ancestors of 5,000 years ago.

The stories and books that Mocha Memoirs Press is promoting are:

Other blogs taking part and offering holiday-themed posts—maybe a favorite recipe, a top-ten list, a flash story, or an essay about a holiday or a holiday symbol—are listed below. Click on each name to go to the linked post.

Fascinating history. You really make me want to learn more about these cultures!

So interesting, beer came first then bread! I'm going to pass the info on to some friends. I'm also in the blog hop as well. Joined up a bit late tho'
https://sekjiani.wordpress.com/

Nice Blog and article. Thanks for sharing