Today I welcome back my friend and fellow belly dancer DeAnna Cameron. She has a new series of contemporary romance novellas and short stories set in the world of Southern California belly dancers. The second in the series, Dance with Me, launched yesterday. You have a chance to win an ebook of the first book, Shimmy for Me, and a tote bag in the Rafflecopter at the bottom of the page. 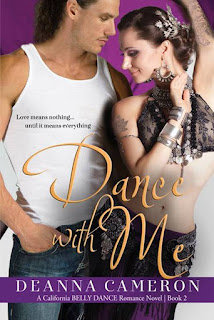 What was the inspiration for Dance with Me?

I’ve loved the art and history of belly dance for a long time—as you already know—and I’ve spent more hours than I can count in belly dance classes over the years. Dance with Me, and all the books in my "California Belly Dance Romance" series, grew out of my admiration for all the amazing women I’ve met through those belly dance classes and the Southern California belly dance community. They are truly some of the boldest, most adventurous, and most confident women I’ve ever met, and I love creating characters that pay homage to them. I hope readers enjoy spending time with them as much as I enjoy writing them.

Why did you switch from writing historical novels to writing contemporary ones?

In The Belly Dancer, I loved writing about belly dance during the Victorian era in America, and I was thrilled when my publisher requested a second novel that explored the early days of vaudeville in Old New York. But even before The Belly Dancer sold to Berkley/Penguin in 2008, I had started the story that became Shimmy for Me, the first book in the CBDR series.

I took some time off from writing when my daughter was born, but when I was ready to get back to it last year, I dusted that story off and realized it was still something I wanted to finish. It worked out really well because I also wanted to give independent publishing a try, so making a genre change was not as much of a hurdle as it could have been if I’d been publishing traditionally. 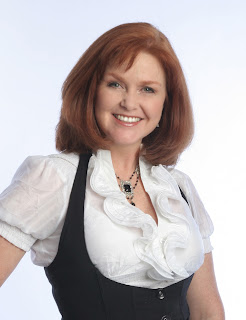 What are the major difference between writing a historical novel and writing a contemporary novel?

Definitely the research. For each historical, I spent about a year on the research and another year writing while doing more research. It was incredibly time consuming, but I didn’t view that as a negative thing. I loved all that research! There are so many archives and resources available online these days, and I can spend days on end in a library’s reference section.

When I switched to writing contemporary, I also had to adjust my writing voice. My modern-day belly dancers sounded a bit Victorian at first. But that fell away pretty quickly as the characters came to life. They each have their own distinctive voice, and they don’t sound anything like women having tea in the parlor or jaunting off in a horse-drawn carriage.

What are you doing next?

I’m putting the finishing touches on a short story in the CBDR series that picks up a few weeks after the end of Dance with Me. It continues the story of the two main characters. It’s titled Another Dance, and it should be available very soon.

Dance with Me
To ambitious belly dancer Melanie Drake, celebrity drummer Taz Roman is a self-absorbed playboy she would prefer to avoid… until he makes her a tantalizing offer. He needs someone to pose as his live-in girlfriend to get his meddling sister off his back. In exchange, he’ll coach her through the upcoming Belly Dance Divas’ audition. But when Melanie’s fake feelings turn real and their secret backfires, she discovers Taz isn’t the man she thought he was. As the deception threatens to destroy her dreams and his career, she must find the courage to fight for what she truly wants.

DeAnna Cameron
DeAnna Cameron writes about feisty heroines transformed by true love and belly dance—one of the oldest and most exciting dance forms in the world. Her novels have been translated into Japanese, Polish, and Serbian, and her work has been praised for its “deft prose, energetic characters and . . . colorful images” by RT Book Reviews. Before turning to fiction, DeAnna worked as a journalist, writing and editing for several Southern California newspapers and magazines. When she isn’t writing, she shepherds a local writing community called O.C. Writers and edits LitCentralOC.com, an online resource and showcase for local authors. She lives with her family in Orange County, California.

I don't believe I've ever read anything in the Belly Dancing Genre. There was probably a bit of it featured in some Conan story I read once upon a time, but that's probably not the real character of it. Sounds interesting.

Thank you for letting me join you on your lovely blog today, Shauna! :)

Thanks for stopping by, CHARLES. I think DeAnna may be the only person incorporating authentic belly dance in her novels. I would love to have dancing in my Mesopotamia novels, but most of what we know about it comes from carved scenes, which capture only a moment of action and may not be accurate anyway. (Medieval paintings of musicians often have them holding the instruments incorrectly, and I wouldn't expect higher accuracy 4000 years earlier.)

You're welcome, DEANNA. I don't see you often in person, so it's great to have you at my blog.