Today's featured author is Marie-Anne Mancio, who is an art historian, artist, and author of fiction and nonfiction. Her book featured today is Whorticulture, a collection of interlaced short stories about four women in pre–Civil War America. 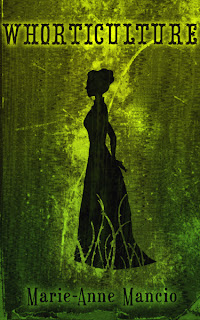 If you could travel in a time machine, would you go back to the past or into the future?
Oh so difficult! The future. Writing historical fiction and lecturing in art history, I already spend a lot of time in the past. I'd like to see the future to know whether the gap between the wealthy and the dispossessed becomes impossible to bridge. I imagine the West like Huxley's Brave New World but with the rich genetically engineered for health, youth, and intelligence and a subclass of poor, aging people with no teeth. I'm also curious to know whether books will still exist in paper format in an hundred years' time or if they'll disappear and become collectors' items or just fine art objects.

What is one book everyone should read?
There are so many, but I recently re-read Jeanette Winterson's Gut Symmetries, and it's such an elegant, poetic book I think every aspiring writer should read it.

What is your favorite flavor of ice cream?
As long as it's genuine Italian ice cream I don't mind. I had tomato flavour in Imperia and it was weirdly enjoyable. The Futurists created a recipe for vanilla ice cream with onion squares, which must be worth trying!

If you could meet one person who has died who would you choose?
My great-grandmother. She was Uruguayan and travelled by boat (with her piano) from Montevideo to Naples when she got married. Apparently, when she got there, she refused to take off her hat because she wasn't planning on staying that long.

What is your favorite thing to eat for breakfast?
American pancakes with maple syrup every time. No bacon, no fruit, just the pancakes... they just don't do them right in England.

One food you would never eat?
Anything with mustard. It's the devil's food. 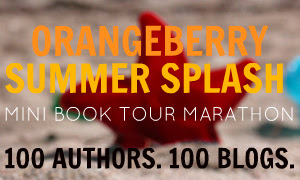 Skittles or M&Ms?
Neither.

Please tell us, in one sentence only, why we should read your book.
Because it will make you question your moral compass.

Any other books in the works? Goals for future projects?
I'm starting a novel based on a true story about an alleged kidnapping in 18th-century London. I'd also like to make a limited edition paper version of Whorticulture. It would have to be very delicate with more of Robert Allmand and Michala Seilman Tønsberg's beautiful illustrations.

Tell us your most rewarding experience since being published.
Having people speak about my characters as if they were real and asking questions about what happens to them.

If you could jump in to a book, and live in that world.. which book would it be?
I'd love to party at Gatsby's.

What is your dream cast for your book?
I think that's a question for readers. I'd hate to have to choose, partly because some of my favorite actors are a bit too old for the protagonists of Whorticulture, but, if you suspended disbelief, Nicole Kidman, Forest Whitaker, Natalie Portman, Naomi Watts, Julianne Moore,  and Robert Downey, Jr., could be in there somewhere. Or a whole cast of English unknowns posing as Americans.

What was your favorite book when you were a child or teen?
I loved Alice's Adventures in Wonderland. 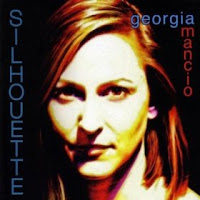 Is there a song you could list as the theme song for your book or any of your characters?
"Transoceanica" written by Georgia Mancio and Tim Lapthorn. Though it's about the building of a new road through the Amazon forest, it has broader implications. There are two voices: One sings about change bringing opportunity, wealth, and hope and the other about it bringing destruction, poverty, and danger. So it's actually a song about progress. The antebellum world of Whorticulture is a world on the cusp. We see immense changes in San Francisco after the Gold Rush; we see the destabilizing of the institution of slavery.

What's one piece of advice you would give aspiring authors?
Keep a scrapbook and collect images.

If you could be one of the Greek gods, which would it be and why?
Proteus. He was a sea god who had the power to assume different forms. I've always been fascinated by chameleons or creatures such as the mimic octopus that use change as a survival strategy.

If you could live anywhere in the world where would it be?
New York. I know it's  a cliché but it really does have a better energy than London. And it has pancakes.

What is your favorite quotation?
“The average personality re-shapes frequently, every few years even our bodies undergo a complete overhaul-desirable or not, it is a natural thing that we should change.” Truman Capote, Breakfast at Tiffany's

When you were little, what did you want to be when you "grew up"?
A ballet dancer, James Bond, an actress, a detective....

Can you see yourself in any of your characters?
I expect most authors would admit to at least a little bit of themselves in their characters. I probably have Katharine's ability to daydream and Seraphine's impulsiveness.

What's the best advice anyone has ever given you?
To get your work out there in whatever form.

What movie and/or book are you looking forward to this year?
I read somewhere that Donna Tartt's new book is due out this year and I can't wait for that.

How do you react to a bad review?
I try to take on board what the reviewer has said to see whether there's anything useful in it for me to learn from. I also remind myself not to take it personally. The themes in Whorticulture aren't going to appeal to everyone. There was a thread recently on whether The Great Gatsby is the most boring book ever and I was stunned by some of those views. 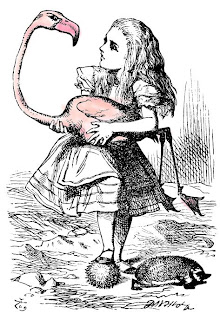 If you were a bird, which one would you be?
A flamingo. I saw lots in the Atacama desert and they are amazing.

You have won one million dollars: What is the first thing that you would buy?
A plane ticket.

What's your favorite season or weather?
Summer. I would be perfectly happy if it were summer all year round. A New York summer rather than a London one though.

How did you celebrate the sale of your first book?
I didn't! Good point - I should do so.

What is your guilty pleasure?
British soap operas. I saw the first episode of EastEnders and have watched it intermittently ever since. The writing on Coronation Street can be comedy genius. And the acting is underrated.

Finish the sentence: One book I wish I had written is....
Music for Chameleons by Truman Capote. Just because it's a great title.

Thank you for stopping by my blog today, Marie-Anne!

As a girl waits for the return of her disappeared father, the story of four migrant women unravels. In antebellum America: A daydreamer from the country gets an unexpected education on the Mississippi river; a storekeeper falls in love with a thief amid the chaos of Gold Rush San Francisco; a fugitive quadroon re-invents herself in a New York brothel; and a young bride is trapped on a Louisiana sugar plantation. Though they do not know it, their lives are inextricably linked by the men they encounter. Peopled by whores, tricksters, gamblers, do-gooders, liars, and fools, and with allusions to the coded language of flowers, Whorticulture is about prostitution in its myriad forms.