Zohreh “Zoe” Ghahremani’s second novel, her first in English, debuted in September. Sky of Red Poppies (Turquoise Books) is the story of the friendship between two young women coming of age in a politically divided Iran in the 1960s under the rule of the Shah.


Welcome, Zoe, and congratulations on the release of Sky of Red Poppies! 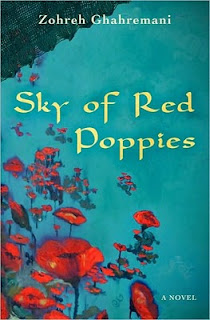 Thank you, Shauna. It is a pleasure to speak with you.

How closely does the story in the novel follow events in your life and your friends’ lives in pre-Revolution Iran?

This novel was inspired by a true story, and I have done my best to stay true to the events. However, it is a work of fiction, and I have colored many of the scenes and events so that the reader will remain interested and not find it too mundane.

I love the innocence in my characters and enjoy writing in the voice of people who would not speak for themselves. During the past two decades, we have seen the rise of many good Iranian-American writers, some of whose work have become bestsellers. However, a majority of their novels revolve around personal dilemmas, and stories pertain to the changes brought about by the current regime. I left Iran years before the revolution and don’t share the same experience. Sky of Red Poppies is the story of a friend and the voice of the good people I left behind, a voice that longs to be heard.

I can’t remember at what age I began to read stories, or to write them! All I know is that literature has always been part of me. Among Iranian writers, I’ve always enjoyed Hedayat and more recently, Saidi Sirjani. When I moved to the United States in early 1970s, I was drawn to the work of Anne Tyler, perhaps because we both put character before story?

When you told your husband that you had put your dental practice up for sale and were now going to be a full-time writer, what was his reaction? Do you recommend or discourage this surprise approach? Did you do anything before you stopped practicing dentistry to prepare for your new life as an author?

I’ve always been a writer-poet whose hobby was dentistry! My husband understood this. He also knew that I planned on being a full-time writer at some point, but maybe not so soon. A liberated man, he respects my decisions, even when his right-brain logic rejects them. He adjusted, changed jobs, and moved to California with me! 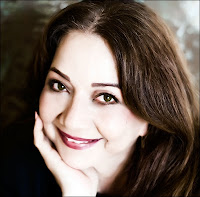 I learned English at a young age, but also took some creative writing courses at UCSD to learn the details of writing. I also joined San Diego Writer’s Ink—yes, “Ink” with a “k”—as well as a few read&critique groups for the needed support. However, I write from the heart and think the readers see that, no matter which of my two languages I use. There’s a good Persian poem that says, “A word that comes from the heart, has no choice but to settle into another.” I like to think that my heartfelt words settle in the hearts of readers.

Only a writer knows how much hard work is involved in the creation of a novel. I write all the hours that I can, that is, when I’m home, when my other work is done, and if that doesn’t leave me enough time, I sleep a few hours less. If you can’t commit to writing, then you need to aim for smaller goals. For years I tried to be a dentist and a writer. Finally I had to choose because I found it impossible to focus on two goals!

All the inspiring clichés you’ve heard were based on someone’s experience. Keep a few around your work area and let them empower you. Mine was, “Never lose sight of your goal and you’ll be sure to reach it.” How true that is, for I am now living the life I dreamed of when I was only eight!

When will your next novel, The Moon Daughter, come out, and what will it be about?

A very good teacher at Santa Barbara once advised, “Write what you know best!” As an Iranian woman, and a writer who wants to continue to write from the heart, the story once again revolves around what I know best. The Moon Daughter is 350 pages and has two parts. Part one, “Rana’s Story,” is about a woman living in Iran: her childbearing years, her womanizing husband, and her three-daughters-no-sons dilemma! Part two is Yalda’s story, a first-generation Iranian-American woman, having only seen the free world, looking into her mother’s—Rana’s—past and present and questioning her rights. Although this novel deals more with women’s issues, once again I’ve tried to be neutral to headlines and stay away from stereotypes. The Moon Daughter is ready for publication and I expect it to reach bookstores in the summer of 2011.

Zoe, thanks for visiting my blog, and best wishes for the success of Sky of Red Poppies and Moon Daughter.

Thank you, dear Shauna. I appreciate your time and interest. Good readers are what make or break a book. I’m thrilled at the way readers have embraced my Sky of Red Poppies and realize that the time some thought I wasted, was by no means wasted time!

Coming next week: I'll be trying something new: blogging daily from World Fantasy Con in Columbus, Ohio. The days will be busy, but I hope to post something on Wednesday, Thursday, Friday, Saturday, and Sunday (27 to 31 October).

Enjoyable interview. I love the title of the book. Very evocative.