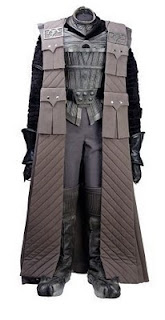 • Both Joe and Bob are going to the con.
• Neither Joe nor Bob plans to wear Bob's Klingon costume.
• Joe owns a pair of blue gauze wings with sequins, so he will dress either as a fairy or as a butterfly.
• If Joe chooses to dress as a butterfly, then Bob will dress as a cocoon.
• Susan not only wants to wear Joe's wings herself but also is angry that he refused her plea to borrow them.
• Susan has not yet decided whether to wear Bob's Klingon costume or to sew a new costume.
• Joe would rather stay home than wear Bob's ratty Klingon uniform.

A few simple rules govern their use.

1. Use both halves of the conjunction.

• Neither Joe or Bob plans to dress as a Klingon. This is wrong because "neither" pairs  with "nor," not "or."

• Susan not only wants to wear Joe's wings herself but is angry that he refused her plea to borrow them. This is wrong because "not only" pairs with "but also," not "but."

• If Joe chooses to dress as a butterfly, Bob will dress as a cocoon. This is wrong because "if" pairs with "then." However, when the meaning is clear, many editors would consider it acceptable to leave out the "then" in an "if . . . then" construction.

2. The two halves of the conjunction should join equal and parallel parts of speech—two nouns, for example, or two prepositional phrases or two predicates.

This rule sounds easy, but in practice, it can be tricky to make the parts of speech equal. Examples of breaking this rule:

• Joe plans to wear neither Bob's Klingon costume nor to wear last year's Superman costume. This is wrong because the first part of speech is a noun phrase, whereas the second is a prepositional phrase. The second "to wear" should be cut.

3. When "either . . . or" or "neither . . . nor" join subjects, the verb matches the second subject. When both subjects are singular, then the verb is singular, even though there are two subjects.


All of the following are correct sentences:

• On the day of the wedding, my sister plans to be either unavailable, unwell, or unhinged. This is wrong because the conjunction joins three elements. Also, it is impolite to attend a wedding unhinged.

• Neither Joe, Bob, nor Cindy want to wear the Klingon uniform. This is wrong because the conjunction joins three elements.

Posted by Shauna Roberts at 4:06 PM

Thanks for these reminders I can always use grammar help.

I have enjoyed and appreciated these examples. I also desperately want to see Joe's costume (^_^)

TRAVIS and ROZ, I'm glad the post was helpful to you.

CHARLES, I never learned that memory aid, but I still remember many from grade school. Funny how even in adulthood one still uses them.

You can clear the concept of Conjunctions ant its type from examples..