Interview with romance authors Jewel Amethyst and Stefanie Worth

I interviewed Farrah Rochon in May 2007; today, Jewel Amethyst and Stefanie Worth visit.


Jewel and Stefanie, I’m so glad you are dropping by my blog today. Congratulations on publication of Holiday Brides and A Marriage of Convenience!

JEWEL: Thanks for inviting us.

STEFANIE: Thanks for having me, Shauna.

Although a novella is shorter than a novel, some people find them harder to write. How would you compare the experiences of writing each?

JEWEL: In a novel, you have the advantage of using plots and lots of situations to develop the characters in the book. In a novella, you don’t have that luxury so you have to find more succinct ways of getting your readers to feel and fall in love with the main characters. But I enjoyed writing both.

STEFANIE: I wrote my first novella last year for The Holiday Inn anthology. Being a “pantser,” one who doesn’t outline her stories, I found that I had to be much more organized in my thinking to finish the story within the shortened deadline. This time, I needed to outline to contain the story in the allotted word count. The effect has carried over, and I’ve done a lot more pre-plotting with my current novel-in-progress than I did with the first.

Not having a particularly romantic nature, I’ve wondered why getting married during the hectic holidays is considered romantic. Do you have a theory? 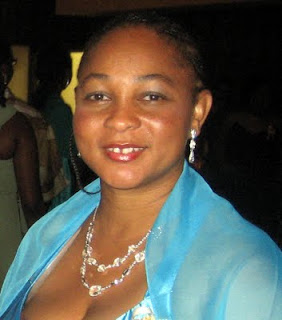 JEWEL: I grew up on the Caribbean Island of St. Kitts, which is featured in “From SKB with Love,” my contribution to the Holiday Brides anthology. Most weddings on St. Kitts actually occur around the Christmas holidays, which is also the carnival season. There is a certain practicality to it. That’s when most Kittitians return to the island on vacation, so friends and family members can participate in the weddings.

On a more romantic note, I would say it is the magic of the season. The holidays take you back to a time and space when you were a kid and you were excited about the presents, the magic, the whole spirit of love and happiness. What’s happier or more magical than having your true love commit to you? People would like to spend their first Christmas together or bring in the new year committed forever to the person they love.

STEFANIE: I think getting married during the holidays is a little crazy myself. But, hey, so is love. lol

JEWEL: I guess romance was just a natural fit for me. I write a lot of other stuff: short stories, poems. And I have outlines for novels of other genres. But I guess I’m a romantic by heart and I like happy endings. I’ve never set out to say, “Ok, I’m going to write a romance novel today.” The story ideas come to me while I’m going about my daily life, and I eventually develop them and write them. If it happens to be romance (9 out of 10 times it is), then that’s what I write.

STEFANIE: I stumbled into the genre when I was trying to sell my first book, Where Souls Collide. Although there was a relationship in the story, there wasn’t a happily ever after ending. As I began shopping the story, I learned about genres and the rules of those genres. When the book sold to Dorchester, I knew I had some tweaking to do in order to meet readers’ expectations. 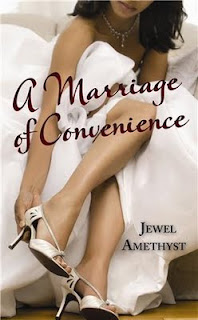 Jewel, the heroine of A Marriage of Convenience has been hit hard by life, losing her money, her job, and her fiancé. She would seem a heroine many women could identify with in these financially hard times.

JEWEL: Definitely. Not every woman is extra pretty, rich, or without the constant cares of today. The average woman today has to worry about making ends meet, paying her bills on time, her appearance, and yes, many do worry about meeting Mr. Right. I wanted Tamara to be every woman. I wanted her to have the same troubles, anxieties, despair, and insecurities that present-day women experience on a regular basis. That is why I made her plus size and had her struggle with her weight, finding a job, making ends meet. For me, the impact is not in the troubles themselves, but how she eventually learns to deal with them and finds love in the process without changing her external circumstances.

JEWEL: That’s a tough question. I can’t pinpoint any one who has had a direct impact on my writing, but inspiration-wise, James Patterson and his prolific writing across genres and Sydney Sheldon with his captivating plots and surprise endings have been a big influence. I think I’ve read just about every John Grisham, Robin Cook, and Dan Brown novel. In terms of romance writers, I was a long-time fan of Danielle Steele.

STEFANIE: As a child I loved fantasy stories and Nancy Drew mysteries. When I got older, I began sneaking my mother’s romantic suspense novels off her shelf while she was at work. Ultimately though, I read A LOT of Stephen King growing up—as in everything he wrote. I also love reading Toni Morrison and Maya Angelou. In later years I became a Dean Koontz fan.

Are there certain themes or topics you’re drawn to write about?

JEWEL: Not really, though I find myself writing quite a bit lately about people who experience and overcome extreme hardship.

STEFANIE: Although I was pretty ambivalent about it when I started my first novel, I now know that I am a paranormal writer. Everything I attempt to pen comes out with some crazy otherworldly twist. I think I wasn’t sure I’d be able to sustain my fantasy train of thought, but I’ve proven myself wrong. And I’m glad I did.

JEWEL: I have none (lol). I tend to write on inspiration (bad for dedicated authors) rather than by set goals. The setback for inspiration-based writing is that it lacks discipline and you take longer to complete the work. I love writing and I’d hate to become so bogged down with a rigid regimen that it becomes tedious. What I would recommend for aspiring authors is to do what works best for you. If dedicating a number of hours each day works, do so. If writing sporadically when you get the urge works, do that.

STEFANIE: I have a full-time job and three kids, so I tend to write after most people I know are sound asleep. If you need eight hours of shut-eye a night, no, I wouldn’t recommend this approach to you. I would suggest that you try to write when you feel most creative. It’ll spare you the agony of sitting down at the keyboard when your muse has flitted off for the day.

JEWEL: Stick to it. And if you fail to get it published, write another and another. Many authors have their first books either unpublished or published after their second, third, or even umpteenth novel. My first full-length novel is still not published. But with persistence and a bit of luck, I got my second one published. Had I given up, “A Marriage of Convenience” and “From SKB with Love” would still be sitting on my computer (or filed away in my imagination), never to see the light of day. 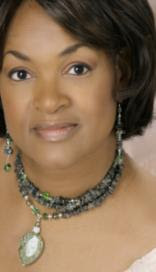 STEFANIE: Join a reputable writing group. Learn the business of writing. Believe in yourself. Armed with those three tips, I think you’ll be able to ward off a lot of first-time author fumbles and spend more time enjoying yourself as a writer.

What are you writing now?

JEWEL: I currently have a work in progress, but as it’s still in its formative stage I won’t elaborate on it yet.

STEFANIE: My next novel is due to Dorchester December 31st. I’m hoping the story becomes the first in a series for me. It’s a follow-up to last year’s “Can You Believe” novella that appeared in The Holiday Inn anthology. My hero and heroine have settled into a new post-reality show life full of supernatural surprises.

Jewel and Stefanie, thanks for visiting For Love of Words, and good luck with your writing.

JEWEL AND STEFANI: Thank you for having us.


You can learn more about Stefanie at her Website at http://www.stefanieworth.com/ or her blog at http://plottingme.blogspot.com. Both Stefanie and Jewel blog twice a month at http://NovelSpaces.blogspot.com; both are also on Facebook. Holiday Brides and A Marriage of Convenience are available at bookstores and online at the links below.

The winners of my birthday contest are RAE ANN PARKER, who chose Amy MacKinnon’s Tethered as her prize, and FARRAH ROCHON, who chose Carleen Brice’s Orange Mint and Honey. Congratulations!

Like Mayflies in a Stream is now available online at Amazon.com in hardcover and at a discount at Barnes & Noble in both hardcover and trade paperback. The official release date is 5 October.

I’ll be signing Like Mayflies in a Stream Sunday, 11 October, at 2 pm at Mystery & Imagination Bookshop in Glendale. Everyone is welcome to drop by for some wine, snacks, and conversation and to browse the store’s stock of mystery, sf, fantasy, and horror books.

Posted by Shauna Roberts at 4:09 PM

Hi Shauna, Jewel & Stefanie: I enjoy holiday books. The Holiday Inn was a fun book and I look forward to reading Holiday Brides. What a gorgeous cover!

Although my wedding was in the middle of a Louisiana summer, I had a few friends who married during the holidays. They seemed to enjoy the holiday-themed decorations.

Great interview! It is an honor to be included in an anthology with these ladies. I love reading about the writing regimen of other authors.

Rae Ann -- My brother actually got married at New Year's. They saved a lot of money because the church was already decorated. lol

Farrah -- I've loved writing with you and getting to know you because of our work. And like you, I like reading about how other authors operate.

RAE ANN, I enjoy reading about holiday weddings, but I sure wouldn't want to have one.

FARRAH, thanks. Several people have asked for pictures of my signing, so I better not forget the camera.

STEFANIE, I never thought about saving money on the church decorations. That makes sense.