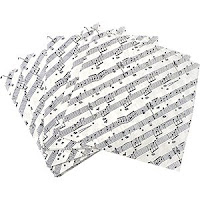 Posted by Shauna Roberts at 5:57 PM

Oh my gosh, I can't think of any secrets I'd be leaving behind today, but the two stories you've shared here made me think I ought to come up with something! What could be better than leaving behind a funny secret for those left behind to discover?

Secrets? I have so many that perhaps it would be better if they just remained that way!

Happy Holidays to you and yours.

I enjoyed reading about your sly and talented friend who, years after his passing, is still giving joy and fun.

I lost a couple of dear friends this year. But each time I experience that blast of reality that there will no more visits, forwarded dirty jokes, phone calls from the road or shared passions (about Zuni fetishes, of course!) it's as fresh as the time before. There is no familiarity in loss.

The truly surprising thing to me, as the passing of family and friends becomes more frequent, is the warmth I feel when a memory shakes loose and floods my brain with recollections of shared meals, happy holidays, nights beside a river .. Losing someone hasn't become the painful, empty void that I thought it would be.

As cheesy as it might sound - hey, it's Christmas Eve, the perfect time to BE cheesy! - love really doesn't die. Instead of grieving the passing of people I loved I find myself being so grateful for having known them and for them having shared their lives and experiences with me while they were here.

RICK, it sounds as if you have an exciting and mysterious past! I hope you have a good holiday too.

DARLENE, your words of comfort and wisdom were just what I needed to hear. Have a really great Christmas!

It feels like a little gift to find out something new about a family member or friend who is no longer with us. I always enjoy family storytelling, which often happens around holiday meals.

This post has given me much to ponder. I wonder what secrets I have that could be left behind to be discovered once I shuffle from this life? That's a good one. Got me thinking.

Have a great christmas

I believe that in my over 20 years of journals lie more about me than anyone knows now...but I do plan to put those years of writing into a memoir...however, if my passing precedes the book...there will be a lot of reading going on!

Shauna, I am so sorry for the loss of your dear kitty. What a long life to enjoy together, 17 years!! My heart yearns for your peace with that, I know the connection that we have with our furry friends, is something we just can not put words to.

Naw, no matter how I try to hide my craziness, it leaks out. Happy new year!

SHAUNA, the world needs your book. I hope you don't put off starting it too long. Thanks for your condolences on my kitty.

CARLEEN, happy new year to you, too. And I hate to disappoint you, but after living in New Orleans for 17 years, I don't see much craziness, only a woman who finds joy where she can because she knows what the alternative is.

Well now, it wouldn't be a secret if I revealed it would it?
How wonderful to discover these things about the people you've loved. Don't you just love them all the more for being let in on the secret now? What a great thought provoking post Shauna and just in time. Thanks.

Hmm, I'd have to think on that one, but what a wonderful memory you have now from both of those who have passed.

Now if I would find out my "Mom" had used a computer I'd have a heart attack. I can't even get her to listen to the CD player we bought her years ago.

Very weird but this morning I finished reading a short story by Annie Proulx about some shocking secrets a dad left behind. And then I read your post this afternoon. Weird!

The surprises I have would not be appreciated by my older siblings, although some of my friends might be amused that I'm soon to be published.

Though I liked your story about your friend.

Gee, I certainly haven't been keeping up with responding to comments on Blogger. Thanks, everyone, for continuing to visit me.

CHARLES, I wonder what everyday technology we'll be scared to use when we're old?

BARRIE, isn't it odd how often coincidences like that happen? It seems the older I get, the more frequent coincidences are.

BARBARA, do you plan to tell your friends and family that you're going to be published? Will you at least tell them after the book comes out?